Did you know that in 2019, TASP spent over $70,000 helping over 400 animals who would have otherwise been sent to the shelter or worse? The donations we receive at our Fantasy Pet Photo clinics are a vital part of our fundraising. All proceeds of our photo clinics go 100% to the care of the region’s animals in crisis; allowing us to keep saving needy pets of all species when they need us most.

WATCH A VIDEO ABOUT OUR PHOTO CLINICS, CLICK HERE.

Visit our Events Calendar page to find the photo clinic nearest to you. For a $10 donation, take home a framed keepsake photo of your pet against one of over twenty different digital backgrounds.

Due to the Corona Virus, TASP 2020 Fantasy Photo Clinics are now offered either in person at Benson’s Pet Centers (See our Events Calendar for dates and details) OR here on our website! Can’t make it to Benson’s? CLICK HERE to order your photo online!

Stay tuned to our Events Calendar for notice of the 2021 Fantasy Photo schedule. We’re working on the new schedule right now!

Robin sez, “Get a load of the extra-neat T-Shirt Mom got for Mother’s Day! Available in just about any color of the rainbow, Mom‘s royal blue one shows off her pretty red hair, don’t ya think? And check it out! The shirt spells, “Mom,” the way I would spell it…..with a big pawprint heart! And do ya see my name written across that heart? Yep, that’s the way I wanna always be for my Mom, written across her heart.

Sending a big shout out to all of you who purchased one of these ultra-cool shirts for Mother’s Day gifts! And thanks to the kindness of Sixty4DesignStudio, you can still get a T-shirt like this for YOUR Mom, or a special Mom in your life. For just $20, they’ll send you a shirt like this in the color of your choice, with the name or names of Mom’s kid(s) written across the heart, just like ours. Sixty4DesignStudio is continuing to donate $10 from each sale directly to the TASP General Operations account so TASP can keep on helping Moms (and Dads and kids, too) keep their pets safe, healthy and loved, even through tough times. So who needs a holiday to celebrate a special Mom?

Wanna know more? Click the gray T-shirt below for details!

COVID lockdown may still be keeping us socially distanced, but thanks to the wonders of technology, TASP continues to keep the Fantasy Photo Fun flowing indefinitely!

Continuing until COVID-19 lets us all get back on the circuit, The Animal Support Project’s Fantasy Photo clinics are being updated monthly ONLINE! 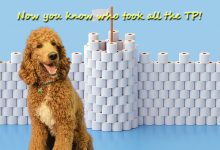 COVID-19, Riots and The Animal Support Project….NOW WHAT?

Right now, many folks are reading this message while still in isolation or quarantine or curfew. You may be wondering how The Animal Support Project will be dealing with the changes in all of our lives brought about by the arrival of the Novel Corona Virus and the Random Acts of Crime occurring here in the Capital Region and throughout the state.

We face a loss of revenue from having to temporarily call off our popular Fantasy Pet Photo fundraisers and our tag sales. Add to this an already-evidenced reduction in donations due to the financial stresses many of our supporters are facing after the State imposed mandatory shutdown of so many businesses in NY and then “vampires” decided to destroy what was left of local businesses.

July 19, 2020 By Melinda Plasse In Fundraisers, TASP Blog Comments Off on COVID-19, Riots and The Animal Support Project….NOW WHAT?

Folks did what they had to do to get to the event to take advantage of our free Seresto cat collar offer. Free spay-neuter-vaccination vouchers were also handed out to those who needed them, too! What an awesome day! Thanks to TAUM and our volunteers for making the event a success! 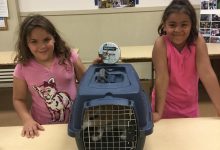 July 19, 2020 By Melinda Plasse In Fundraisers, TASP Blog, Volunteers Comments Off on The Paws2Protect FREE FLEA AND TICK CAT COLLAR event at Troy Area United Ministries was a blast! Flea and Tick CollarPaws2ProtectTAUM

Good question! 2019’s weather was so unpredictable, we only managed to get one extra-short tag sale produced.

This year, COVID is presenting us with a different kind of storm.

So we’ve opted to keep saving up donated goodies until the weather is clear and the virus situation is behind us. If all goes well, we’ll see y’all on the grassy knoll next to Sterup Square for a glorious Memorial Day weekend tag sale.

In the meantime, if you know of an animal-loving local business or real estate agent who would donate an INDOOR space where we could run our tag sale, please click on CONTACT/FORMS on this home page to email us details. ASP gets so many wonderful items donated, we hate to have Mother Nature destroy them in this unpredictable Upstate New York weather. After all, that’s not helping animals, is it? An indoor venue in a high-traffic, conveniently located spot would be the ideal place for local folks to shop the TASP stash of fine donated items and help local pets when they need us most. Thanks for keeping your eyes and ears open about this for us! 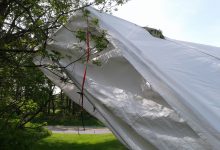 THANKS to all of you who came out to support local animal rescues (including TASP) at the 9th Annual Pet Connection Pins for Pets Bowling Event at Spare Time Family Fun Center on May 3, 2019. Unfortunately, COVID-19 has prevented this year’s Pins for Pets event until further notice. But stay tuned for updates! 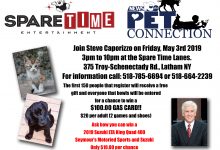 Casey and her family needed help and TASP responded! Tax-deductible donations can be made through Razoo or PayPal. Please scroll down to the donation buttons on the left side of this page. Thanks for caring!

The Animal Support Project would like to say a sincere THANK YOU to The Pollination Project for the generous grant we were just awarded. The wonderful people at The Pollination Project understand how important our Fantasy Pet Photo fundraisers are for bringing in the cash we need for helping the animals in our community. They granted us enough money to buy a new laptop computer, software and supplies. Now we won’t have to worry about our old equipment breaking down! 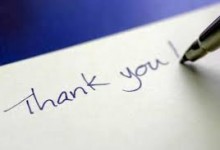 Szula’s recovered SO WELL after her elbow was rebuilt at Veterinary Specialties! Thanks to everyone who donated to Szula’s cause and also to all of you who prayed for Szula’s recovery.  Just take a look at her during her 2-week review with Dr. Fitzpatrick……….

Szula’s Back-story: This little 3.5 month old English Bulldog pup is Szula. She was playing a couple days ago in her fenced yard in Amsterdam with the other two dogs who live with her, when some miserable loser decided to try stealing her. While the perpetrator was trying to get her out the gate, the other two dogs rushed him and he slammed the gate on Szula’s left front leg, BREAKING HER ELBOW COMPLETELY! Szula’s owner, Eric, rushed her to the vet where for $300, they gave her a couple of laser treatments and told him that Szula only had a pinched nerve. A day later, when she was still in pain and not using the leg, Eric took her to the emergency hospital for $600 worth of diagnostics, including X-Rays. That’s when he found out that Szula’s leg was broken. A trip to Dr. Glennon followed, where an estimate of ~$3,000 for surgery to rebuild Szula’s shoulder was provided. Eric’s not working; in fact, he’s preparing for his own upcoming surgery. He’s already in hock for the $900 he’s spent in trying to diagnose his puppy’s injury. The perp got away and the authorities are still trying to find him. Dr. Glennon says if Szula can’t receive her surgery by Tuesday, then he’s recommending euthanasia.

SZULA UPDATE AS OF 7PM, JULY 8: Eric got discouraged over the weekend when he was only able to scare up around $300 in pledges through Onyx and Breezy Foundation and Guilderhaven. So he did not make his appointment with Dr. Glennon until I talked with him this afternoon. To date, Dr. Glennon’s office only provided a verbal estimate based on the phone call Eric had made to them back on July 3. But now Szula actually has a consult scheduled with Veterinary Specialties Referral Center for tomorrow, July 9. Either Dr. Glennon or Dr. Fitzgerald will review the tests and x-rays Eric’s already done and from there, they will make their recommendation. Stay tuned for tomorrow’s update, likely in the late afternoon. Meantime, please pray and send your best energy to Szula and her Dad and to the doctors who will be reviewing her case tomorrow.

SZULA UPDATE AS OF JULY 9: Eric just got back from Veterinary Specialties Referral Center. Dr. Fitzgerald says if Szula can’t get her surgery by Friday, then she should be put down. Please network like crazy so that we can get Szula the surgery she needs. This poor girl should not have to euthanized.

Anyone wishing to donate to this surgery can submit a PayPal donation via Veterinary Specialties Referral Center in Pattersonville, NY’s website. On the right hand side of the home page, click on ‘For Pet Owners’. When that page loads, on the left hand side, click on ‘Financial Assistance’. Fill out the form, including the required fields; the pet owner’s name is Andres Robles, the client id is 16295, your email address, the pet’s name is Szula and the amount of your donation. Then hit submit. On the next page click ‘Pay with PayPal’ to complete your PayPal transaction. If you have questions, Dr. Glennon’s office can be reached at 518-887-2260.

Thank you so very much for your donation. Together we can get this little girl the lifesaving surgery that she needs. No donation is too small. Every little bit helps. 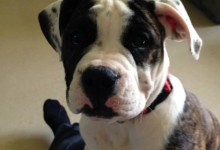